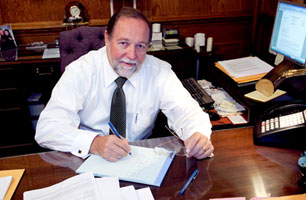 Drug Store Beer: Beer license for off-premises only by bonafide pharmacies (take out).

Grocery Store Beer: Beer license for off-premises only by bonafide groceries (take out).

Eating Place Beer: For on-premises (consumption on the premises) beer. Food must be prepared and served on the premises to satisfy the State Liquor Authority (SLA) that the sale of beer is incidental to and not the prime source of revenue for the premises. Beer may ALSO be sold for off-premises consumption (take out).

Hotel Beer: A hotel is a building used for the regular feeding and lodging of guests. This may also apply to apartment situations whereupon the keeper of such hotel provides meals in a restaurant for occupants. License includes room service situations as well as sale for "off-premises" consumption (take out).

Club Beer: Does NOT refer to "nightclub" or "private" bar where the applicant wishes to restrict admission to certain classes or groups of people. A "club" refers to an organization of persons incorporated under the "Not-for-Profit Corporation" law or the "Benevolent Orders" law, and which is the owner, lessee or occupant of the building used EXCLUSIVELY for club purposes. An Alcoholic Beverage Control Officer must be appointed to act as a liaison to the SLA. This license allows for consumption of beer on the premises for members and guests.

Ball Park Beer: For on-premises consumption of beer at baseball parks, racetracks, and other athletic fields and stadium OTHER than those maintained by EDUCATIONAL Institutions.

Hotel Wine: See "Hotel Beer" for definition of "hotel." Allows on-premises sale of wine and beer in both a restaurant in the hotel as well as room service.

Club Wine: Does NOT mean "nightclub" or "private bar" designed to restrict admission to a specific group of persons, or class of people. See "Club Beer" for definition of "Club." Allows for on-premises sale of wine or beer for club members and guests. The club must appoint an ABC officer.

Liquor Store: For the sale of liquor and wine (no beer) for consumption off the premises. The only additional items allowed to be sold, such as ice and corkscrews, are listed in the ABC Law. Only one license is allowed per person (corporation, partnership, etc.).

Hotel Liquor: See "Hotel Beer" for definition of "Hotel." Allows consumption of liquor, wine and beer on the premises, including room service. Allows for consumption off the premises, sale of beer only (not liquor or wine). The holder of an "HL" license may apply for a "Hotel Off-Premises" (HOP) permit to sell liquors and wines for off-premises consumption provided there is no liquor store in an eight-mile radius.

Club Liquor: Does NOT refer to "nightclub" or "private" bar where the applicant wishes to restrict admission to a certain group or class of people. See "Club Beer" for definition of Club. License allows consumption for on the premises for liquor, wine and beer for members and guests. The club MUST appoint an ABC Officer.

Catering Establishment: Allows providers of food for banquet halls, dining halls, etc., to provide liquor, wine and beer for consumption for an assemblage for a particular function (i.e., retirement dinner, wedding reception, private party) to which the general public is not admitted. This license is for this type of function only.

On-Premise Liquor: Generally considered to be the standard "bar" license. Allows on-premises consumption of liquor, wine and beer and also allows for sale of beer (only) for off-premises consumption. Food, such as soups and sandwiches, MUST be served.

Cabaret Liquor: For consumption of liquor, wine and beer on the premises, but for premises specializing in musical entertainment. Must have a capacity for at least 600 persons.

Wine Store: Not to be confused with the Retail Wine Outlet for a Farm Winery. License to sell WINE ONLY (not liquor or beer) for off-premises consumption, under the same basic conditions as a Liquor Store.

Microbrewery: May produce or brew up to 60,000 barrels of beer. May sell to licensees. May NOT sell to the general public without a brewer's retail permit. May apply for an on-premises liquor license in or adjacent to the brewery.

Restaurant Brewer: Commonly referred to as a "brew pub" license. This license allows brewing of beer on-premises, as well as on-premises sale of liquor, wine and beer. The applicant must have a bonafide restaurant. The applicant may have up to five separate locations, and may produce 5,000 barrels of beer per location, not to exceed 20,000 barrels.

Supplemental Restaurant Brewer: Allows a restaurant brewer to sell for off-premises, wholesale, and outdoor gatherings, up to 250 barrels of beer a year.

How Can We Help You?